You are here: Home / Parenting Tips / The One Where I Melted Down

I really just wanted to accomplish three things yesterday.  Three.  That’s it.  I woke up earlier than the kids, prepared myself for the day, prepared Graham for the day by telling him exactly what we were going to do and then got everyone ready.  It was simple really.  We needed to head to the bank to get something notarized, head to the shoe store for new back to school shoes for Graham, and I really wanted some new under eye circle cream (can’t imagine why). 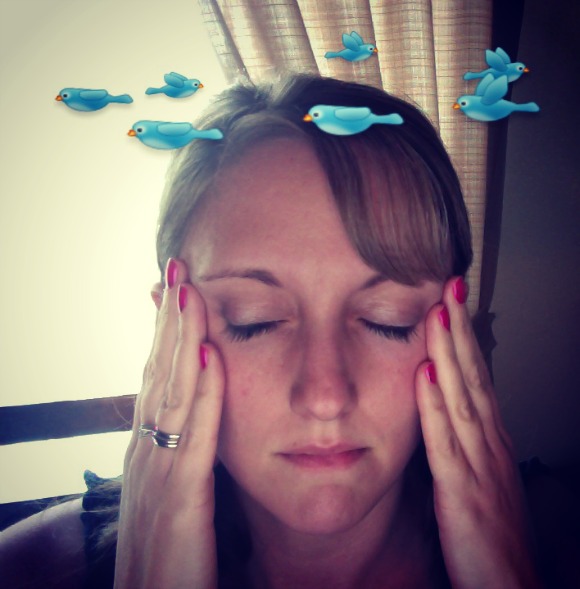 So, we headed out the door with the best of intentions.  I made sure to gather snacks and juice seeing as how both of my children are bottomless pits lately.  I figured I had enough to tide us over and that we could always make a pit stop if things really got out of hand.  The bank was my first stop because I thought that would be the place they would be MOST likely to meltdown (you know, since it is all quiet in there and people are trying to be really professional).  Why do kids like to meltdown in places like that.  It is almost as if they have some detector that tells them that THIS would be the worst possible moment so go for it!

We left the bank unscathed!  I was really starting to think that we were going to be fine and home in no time.  Next stop!  Shoe store!  No luck.  They had one shoe that was Graham’s size.  Luckily, my friend told me about the huge new shoe store at the mall… AT THE MALL!  I don’t know about you, but I try to avoid the mall at all costs for many reasons.  Most of all, it is almost like the bank.  My kids are going to meltdown there for the sheer fact that there are wide open spaces and they want to run and inevitably someone is going to be told no and then…  Oh, and don’t forget that there are tons of people which means more people to put on a meltdown show for.

So, we made it to the mall, the shoe store and luck of all lucks they had a big screen with Phineas and Ferb playing.  Davis was already in the beginning stages of meltdown so I pulled out my first bag of tricks.  The yogurt snacks.  But wait, if he was getting yogurt snacks then why was his big brother not? And so the snacking had already begun and we were not to our final destination.  This is when I go into express overdrive mode to get things done.  The sweet girl working at the store quickly measured Graham’s feet and handed us shoes that fit the very first try.  We quickly headed to the check out when it happened… “I’m hungry mom.  I think I might starve”.  Of course he was hungry.  Nothing like a snack to make you hungry!

I quickly headed to the massive beauty store to pick up some under eye cream.  I first had these high expectations of picking up some wonder cream that would instantly get rid of the circles.  Now, I just wanted to get some cream and get out in less than 2 minutes.  Davis began squirming and I stepped up the pace.  As we entered that HUGE mecca of beauty products I started to feel overwhelmed.  I navigated to my “usual” brand and started scanning.  While I scanned Davis shrieked.  Not just any shriek, a shriek that would make you curl your toes.  I grabbed something, not sure what and started my way back through the aisles.  At this point Davis was hanging from the stroller halfway strapped in shrieking.  At one point I’m pretty sure he was standing on his head.  I couldn’t make this up.

Here’s the deal.  I knew my kid was loud and bothering others.  I knew I needed to leave so that’s what I was doing.  The problem is I was met with ugly looks and eye rolls, not from the customers, but from the employees!  I actually stood at the counter and watched as two of them just kept on organizing and making ugly faces.  I. Stood. There.  At this point, my child was under my arm because he was trying to escape.  Me, feeling defeated, decided I would bail without purchasing the cream because it was going to be better for everyone.  Well, someone decided to walk up to the cash register at that moment.

“I’m not sure where my cashier is,” she said.  “That’s ok, I can come back another day,” I said out of breath while trying to tame the wild cat under my arm.  She promptly grabbed up the cream on the counter and rang it up.

I decided I would try to make light of the situation and say, “I was trying to get out of here asap and get out of your hair!  Can you see why I need this under eye cream?!”.

So then I tried this approach, “I was looking for a really good dark circle treatment but went with this because it is what I know.  Any suggestions?”

I think that was code for, “Girl, you’ve got what you are going to get and now you need to go!”

As I rushed out with my five year old who was acting like a tractor (stopping and going, making every noise imaginable) and my flailing toddler under my arm, while pushing a stroller full of yogurt snacks and not a child, I fought back tears.  I was not going to cry in public.  Nope.  Not gonna do it.

I managed to get the kids in their car seats and myself buckled in and I lost it.  We are talking the kind of crying you do and you can’t breathe.  Sweet Graham just kept asking what was wrong and I couldn’t find my voice.

I’m not sure what upset me the most.  Was it the fact that I only wanted to get three things done that day and it was a chore?  Maybe it was because I felt like a failure as a mother.  You know, one that couldn’t control her children.  Or, maybe it was the disrespectful looks I received from people that I thought would have been more understanding.  Hey, maybe they didn’t have children.  Or, better yet, maybe they have perfect children!

So, how do you recover from a meltdown like this?  Well, you call your close friend who makes you laugh and tells you that the only reason there are no other people with children in the mall melting down is because they had more sense than you to go into an uppity beauty store.  And then you go to the grocery store for milk.  That’s right.  I did.  You know, that place where you see at least three people you know very well.  Puffy eyes and all.

And that was the one where I melted down.  Oh, and there have been more than one.  I’ve just repressed them all.  So that little image above from Momastery completely made my day today!  I truly needed to see it.  Am I alone here?!

How To Make Time for Outdoor Play Everyday

My name is Felicia (Go ahead, get the jokes out of the way). Now that you've told me "Bye" how about stopping by to say "Hi"!

👀No eyeliner? No problem! 👌 Sharing a quick