You are here: Home / Disney / Our Trip to Disney on Ice Celebrations!

Last Friday I had the opportunity to take my niece and mother to the Disney on Ice Celebrations in Charlotte, NC! I have been a fan of shows like these since I was little. I can remember seeing a similar show back in the day and was excited to share this with my 8 year old niece. 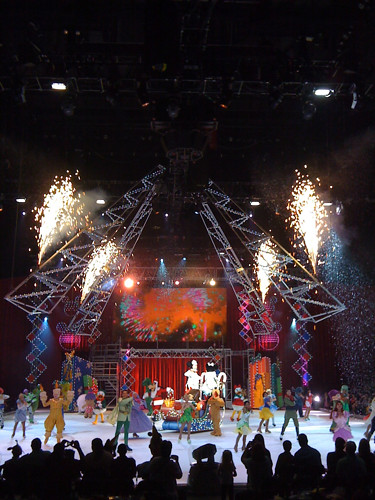 There are actually several different Disney on Ice shows to choose from, and we were graciously sent tickets to see Celebrations from Mom Central. I think I would also love to see Nemo when it comes to town. If you have a little girl, I’m sure she would love to see the Princess Classics. You really could not go wrong with any of the choices because they all seem like spectacular shows! 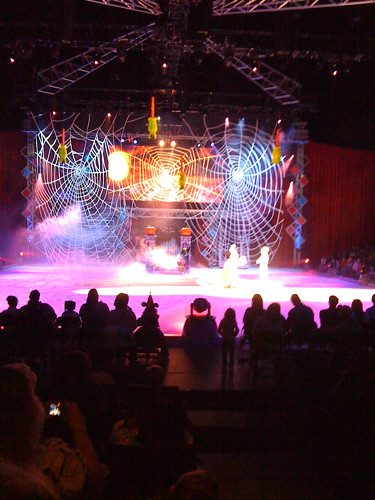 When we arrived we were thrilled to see that we were seated on the floor very close to the ice! The good news is, they set it up in such a way that there really probably isn’t a bad seat in the house. The performers make an effort to really cover the “stage” area and, of course, face all directions because they are ice skating. We were even delighted to see some of the characters come out into the crowd during some of the numbers. One thing I will mention is that if you are not prepared to be “snowed” on, you better not sit in the very front on the sides! Those people got more than they bargained for (they loved it though)! 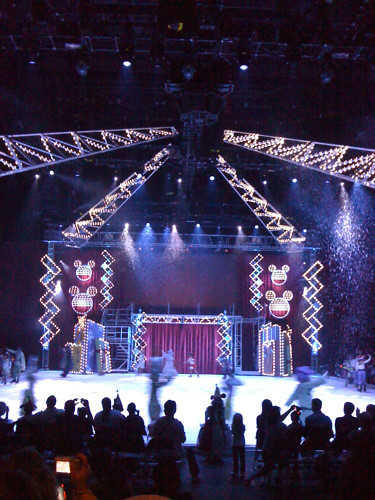 Disney on Ice Celebrations is hosted by none other than Mickey and Minnie Mouse! It is all about the different reasons we celebrate (birthdays, Valentine’s Day, Halloween, Christmas, etc). The characters take these different themes and tie in a ton of the Disney Characters! One word of caution would be to those with kids who are very young or easily frightened. The scene that celebrates Halloween features Jack the Pumpkin King who is a skeleton. I did see a few frightened little ones in the audience especially when they were sitting close and he came to address the crowd. This is also where several of the Disney Villains are featured. The good news is they do a great job of perking it back up when Mickey makes his way to the Halloween party! Of course, my niece loved the Valentine’s Day celebration that featured all of the Disney Princesses and their princes. 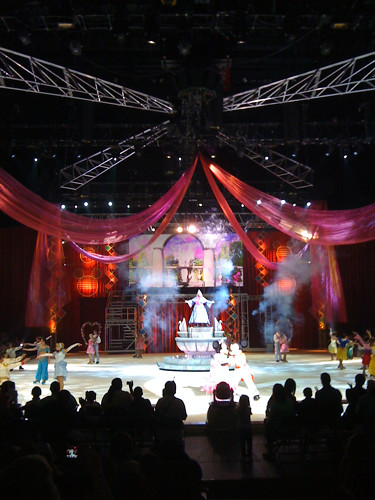 I was completely impressed with the special effects and how talented the ice skaters were! Honestly, these ice skaters were pulling off moves like you see in the competitions on television. The music was a wonderful blend of the original classics with a modern twists along with some brand new songs. There were several special effects that involved characters appearing as well as pyrotechnics, snow, and other fabulous backdrops and scenery. We were all taken by surprise when they actually lit the ice on fire for one scene! 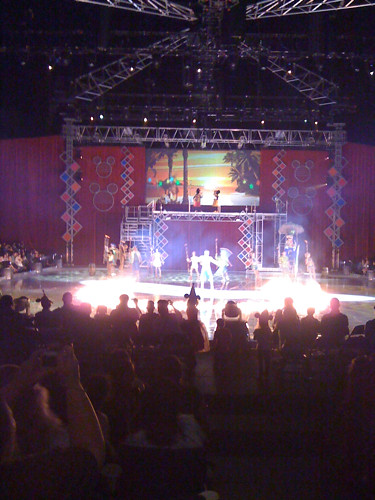 The frugal mom in me has to fill you in on what to expect during intermission as well. Make sure you bring at least $10 if you want any of the souvenirs. Most everything being sold (cotton candy, slushies, lights, etc) were at least $10. As much as that makes me cringe, I have to remind myself that this is a once in a lifetime experience for kids so that I can stomach a little bit of a splurge! You might just want to prepare you kids before you go and make sure they know that there is a limit (ex: only one item from the show). 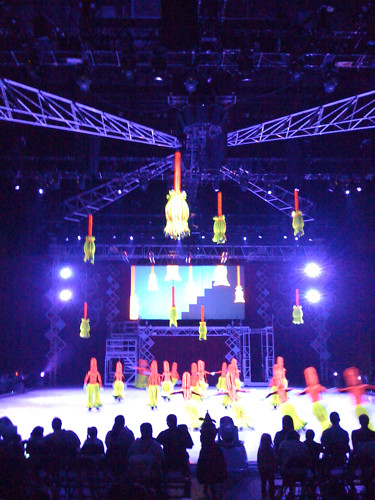 Overall, we were extremely impressed with the entire show and would definitely recommend it to family and friends! My niece was not ready to go! She said, “I felt like that went really fast”. And the truth is, I did too! What an excellent experience for all of us!

There’s still time to save on Disney on Ice in select locations! Check it out HERE!